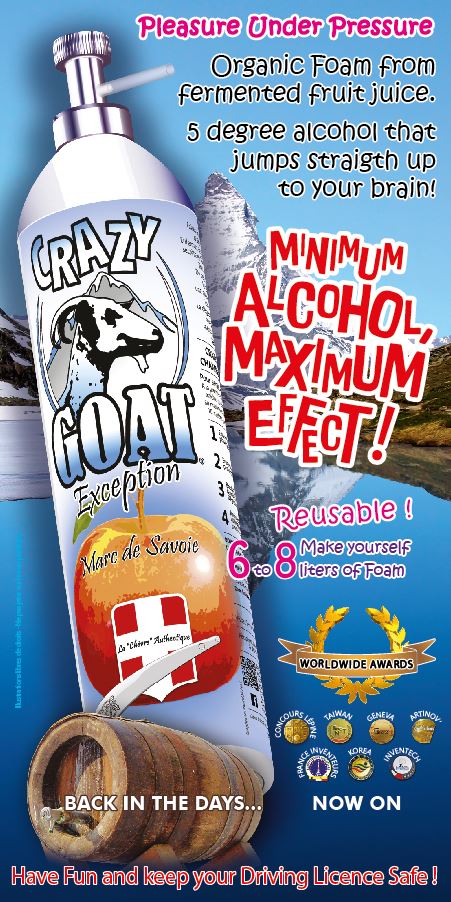 “La Chèvre” is French for Goat! But what is the history? This is a traditional drink made in the French Alps, with the recipe being carefully passed down from generation to generation. Traditionally “La Chèvre” was made in 80kg traditional barrels by fermenting apple juice. Special barrels were needed to withstand the high pressure of the carbon dioxide gas that builds up as a natural bi-product of fermentation. When the drink is “released” from the barrel you get a glass of light creamy froth which you need to drink immediately before it settles. It contains around 6 to 7% alcohol depending on the recipe you use….but with the bubbles it goes straight to your head like a turbo-charged champagne but at a fraction of the cost!

This is a special drink shrouded in historic mystery, and that makes it all the more interesting. You can only buy it in a few specialist gastro-bars, restaurants or in supermarkets as “Crazy Goat”

I am a lucky girl as my Dad is making it with the fruit juice of our apples! See below “my chévrerie bar”

When my brother and I were younger and crazier, we used to have 3 barrels: we used to add to the traditional recipe some rum, vodka, gnôle (eau de vie)….

Now we only have one natural flavour but we can add in the glass different kinds of liqueurs if we want to. Personally, I like it with toffee liqueur, Chartreuse, Malibu, Génepi, Orange liqueur, Pear Gnôle…

Why is it called “Chèvre” Crazy Goat? We are not sure, some people say it is because it is foaming like goat milk, some because you can milk a goat anytime of the day or that before people used to protect the barrel from the cold with a goat skin… 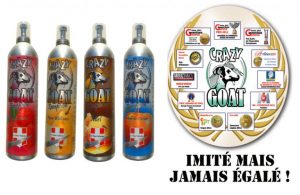