Recently I had the pleasure to drive Tessa Worley in 2017, she is a very nice person and we had a lovely talk during the trip! Well done Tessa for your last gold medal!!!! And thank you for choosing Taxi Massingy https://www.taxi-massingy.com/en/taxi-annecy-geneve/! 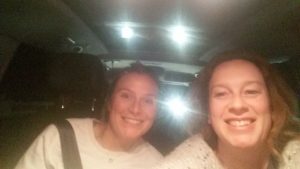 Tessa Worley (born 4 October 1989) is a French World Cup alpine ski racer. She has competed in all five alpine disciplines and specializes in giant slalom.

Born in Annemasse, in the département of Haute-Savoie, Worley’s father Steve is Australian and her mother Madeleine is French. She grew up skiing year-round, in France and New Zealand, and her home ski area is the resort of Le Grand-Bornand. https://fr.wikipedia.org/wiki/Tessa_Worley

Worley made her World Cup debut at age 16 in February 2006, and finished in 29th place in a giant slalom in Ofterschwang, Germany. In 2008 she won her first World Cup race (and first podium) in a GS at Aspen, Colorado, US.

At the 2013 World Championships in Schladming, Worley won both legs of the giant slalom to claim the world title.

Two days after her eighth World Cup win, Worley was injured in a slalom in France on 17 December 2013. Caught on the tails of her skis in the first run at Courchevel, she tore the anterior cruciate ligament in her right knee and also had some lateral meniscus damage. It ended Worley’s 2014 World Cup season and kept her out of the 2014 Olympics.